Am I Going To Jail For A First-Time DUI In Florida?

Home » Am I Going To Jail For A First-Time DUI In Florida? 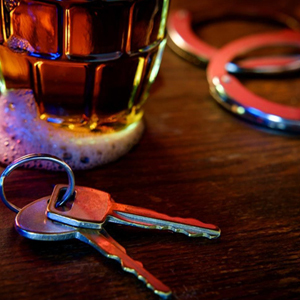 In this article, you can discover:

Whether or not someone is going to go to jail for a first-time DUI (or BUI, which is boating under the influence), depends on the type of DUI or BUI charge. If you are charged with a DUI, you may have to serve time in jail. However, this is not always the case, and depending on the severity of the charge, it may be reduced to a lesser offense. As a lawyer for DUI defense, I have had first-time DUI charges dismissed entirely or reduced to reckless driving.

The possibility of jail time always looms over any criminal offense. However, I have had plenty of first-time DUI offenders who did not see the inside of a cell. A probation violation, of course, can always result in potential jail time. On occasion, this even applies when the original sentence did not involve incarceration.

If you are convicted of DUI for the first time, resulting in serious bodily injury, it is a third-degree felony in Florida. The standard criminal sentence for this crime is fifty-one months. However, a judge may depart from the guideline sentence according to their own judgment (from zero to five years in jail).

On the other hand, a first-time DUI offense involving death, known as DUI manslaughter, is a second-degree felony, resulting in a criminal punishment score sheet guideline sentence of just over ten years of prison, 124.5 months.

Although a judge may depart from that guideline sentence, a judge must sentence somebody convicted of DUI manslaughter to a minimum mandatory sentence of four years in prison unless that’s weighed by the state attorney, and the judge could sentence the person convicted for up to fifteen years in prison.

Will I Lose My License Immediately After A DUI In Florida?

On the other hand, it is important to know the consequences of refusing a breath test or blowing over the legal limit of 0.08 when driving. If you refuse a breath test or blow over the legal limit, your driver’s license will be suspended immediately. However, you would still be able to drive for the first ten days after a DUI arrest if your license was valid before the arrest.

Following this ten-day period, a first-time DUI offender would be eligible to demand a formal review hearing. If they hold a Florida license, they have the option of waiving the formal review hearing in exchange for a business purpose only license, otherwise known as a hardship license, which would allow them to drive to work, to church, to school, to doctors and to maintain their livelihood otherwise.

If you are caught driving under the influence, you may be eligible for a forty-two-day hardship permit. This permit allows you to drive for business purposes only. If you win your formal review hearing, you will get your driving privilege back immediately. However, if you lose the hearing, your driver’s license will be suspended for twelve months.

During these twelve months, there would be a 90-day hard suspension period, meaning no driving for any reason. This is followed by a nine-month period in which the accused would be eligible for a hardship license if they sign up for DUI School and promptly complete the class and the treatment.

The class is designed to help those who have been caught driving under the influence of alcohol. If a breath test is given and it is found that the driver has a blood alcohol level of 0.08 or higher, then they will face a six-month driver’s license suspension and a thirty-day hard suspension, during which they are not allowed to drive for any reason.

Once you have completed these requirements, you will be eligible for a business purpose-only license, also known as a hardship license, for the last five months of your six-month suspension.

I Am Going To Plead Guilty To DUI Charges In Florida. Do I Still Need A DUI Defense Attorney?

If you’ve been accused of a crime, it’s important not to plead guilty just because you think you might be guilty. Many times, clients or potential clients call me believing they are already guilty of the crime they are accused of.

In the case of DUI or any other crime, I always recommend against pleading guilty without consulting with an experienced DUI lawyer first. Additionally, the judge will require an attorney to review a plea form with the defendant to explain any rights that would be waived.

It is important to consult with an attorney to discuss your options and whether any motions to suppress may be available to you. Remember, just because you may have made statements or there is evidence against you does not mean that you are automatically guilty. It’s always wise to get legal advice before making any decisions.

For more information on Being Incarcerated For A DUI Offense In FL, a free initial consultation is your next best step. Get the information and legal answers you are seeking by calling (813) 444-2817 today.