What Is The Legal Definition Of DUI In Florida?

Home » What Is The Legal Definition Of DUI In Florida? 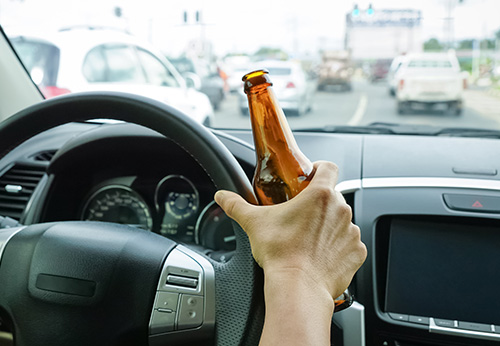 In this article, you can discover:

To be convicted of DUI in Florida, the state must prove two elements beyond a reasonable doubt: that you were driving under the influence and that your driving endangered yourself or others.

DUI laws vary from state to state, but one common question we get is, “What does ‘physical control’ mean?” Generally speaking, it means that the accused has the ability to operate the vehicle, even if they’re not behind the wheel at the time. So, for example, if someone is sleeping in the backseat with the keys in the ignition, they could still be charged with DUI.

What Is The Legal BAC Level In Florida?

The legal blood alcohol level in Florida is 0.08. It is illegal to drive or be in control of a vehicle when your normal faculties are impaired by alcohol, drugs, or controlled substances. If you have a blood alcohol level above 0.08, you will be charged with a DUI.

After an arrest for DUI, the arresting officer will usually administer a breath test. If the test results show that the driver is impaired or over the legal limit of 0.08, the state can proceed with a DUI case even if the driver refused to take the breath test. There are consequences for refusing to take a breath test, but sometimes it is still the best option.

What Happens If You Are Pulled Over For Suspension Due To DUI In Florida?

Suppose you have an active DUI suspension in Florida and are pulled over while driving. In this case, you can expect judges and prosecutors to be unhappy. Depending on the circumstances, this could also be a crime. Factors that will be considered include the reasons for the suspension and the particular facts of the case.

If you do everything you’re supposed to do to get your license back, but one piece of paper doesn’t make it to the DMV, there may be an explanation. For instance, if you’re driving because of an emergency, that could excuse the offense, but technically the offense is still criminal and punishable.

Even if you are suspended for DUI in Florida, you may still be able to get a BPO, also known as a Business Purpose Only license or a hardship license. This type of permit would allow you to drive for specific reasons, such as to work, church, school, or the doctor. It would also let you drive to maintain your livelihood, like going to the grocery store.

If your license is suspended for a DUI arrest or conviction, driving on a suspended license with knowledge is considered an offense. Depending on the number of prior offenses, it may be classified as a misdemeanor or felony. If you rack up multiple offenses, you may become a habitual traffic offender (HTO), according to the DMV. Penalties can become more severe with each additional offense. Becoming a habitual traffic offender will suspend your license for a period of 5 years.

What Are The Penalties For A DUI Conviction In Florida?

The consequences of a DUI conviction in Florida vary depending on whether the convicted individual has any prior DUI arrests or convictions, if anyone was injured as a result of the case, if there was any property damage, and if the offender’s blood alcohol content (BAC) was above 0.15%.

An offender with a BAC above 0.15% faces enhanced penalties. If you are arrested for DUI, you may also face the consequences with the DMV. Your license may be suspended unless you win your formal review hearing with the Bureau of Administrative Reviews.

After a DUI conviction, the minimum penalties for a first-time DUI arrest without any enhancements due to major injuries consist of 12 months of probation, a 6-month driver’s license suspension, 50 community service hours, DUI School Level 1, and treatment if ordered. Additionally, you may receive a 10-day vehicle immobilization which requires you to pay the city to move your car. Finally, you may face a $500 fine.

The possible penalties for a first-time DUI conviction can include up to 180 days in jail, even though this is not always mandatory. It is essential to be aware that the penalties could become more severe if probation is ever violated. To avoid these problems, finding a DUI defense attorney you can trust is key to your successful defense.

For more information on DUI Charges In The State Of Florida, a free initial consultation is your next best step. Get the information and legal answers you are seeking by calling (813) 444-2817 today.