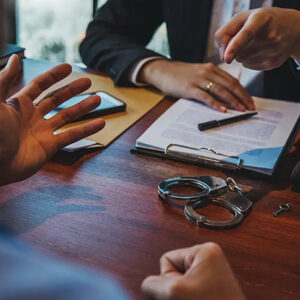 McCulloch Law, P.A. will always try to avoid an adjudication of guilt, if at all possible. An “adjudication of guilt” as opposed to a “withhold of adjudication of guilt” could make the difference between having to admit you were convicted of a criminal offense on a job application and being able to deny it. It may also make the difference between keeping or obtaining employment or being able to drive. Teachers, nurses, fiduciaries, county and city employees, even real estate agents and stock brokers may be fired or not hired simply because of a conviction for petit theft, worthless check, defrauding an innkeeper, theft of utilities, or retail theft. An adjudication on a possession of marijuana or prostitution charge carries a 2 years suspension of your Florida’s driver’s license. Furthermore, an adjudication may limit your ability to seal or expunge your charge.

McCulloch Handles All Misdemeanors Such As:

In Florida, criminal charges are categorized into misdemeanors and felonies. Misdemeanors can be 2nd degree or 1st degree. Felonies can be 3rd degree, 2nd degree, 1st degree, Life, or Capital. A misdemeanor could result in jail time, whereas, a felony could result in jail or prison time. Jail is for sentences less than 365 days and prison is for sentences greater than 365 days.

Misdemeanors are heard in County Court, while felonies are heard in Circuit Court. In Hillsborough County, we have seven misdemeanor divisions A, B, C, D, E, F, and G. The division is determined by the the first initial of a Defendant’s last name. Thus, you will always be in the same division, and often before the same Judge; should you be charged with a misdemeanor in the future. This is important because misdemeanor Judges have wide discretion in sentencing, and different Judges may make the difference between receiving the minimum and maximum sentences. Deals can be worked out with the prosecutor as long as the judge approves. Hiring an experienced local defense attorney can give you insight into your specific Judge and division.

2nd Degree Misdemeanors are punishable by a maximum of:

1st degree Misdemeanors are punishable by a maximum of:

Its important to note that each charge carries its own punishment. A Judge could run sentences concurrently or consecutively. For example, if convicted of both possession of marijuana and possession of paraphernalia (both 1st degree misdemeanors), a Judge could sentence the defendant to the maximum 364 days in jail for each charge. The Judge could run the sentences consecutively (one right after the other) resulting in a 364 day jail sentence followed by another 364 day jail sentence, because both are punishable by 364 days individually. Alternatively, a Judge could run the sentences concurrently (at the same time) resulting in both sentences being served during the same 364 days.

Misdemeanors, although less severe than felonies, are still criminal charges that can affect not just your liberty, but also your driver’s license, your right to own or conceal a firearm, your ability to get a job, your credibility in future court testimony (such as a divorce case or personal injury case), and more. Some misdemeanors, such as DUI, battery, petit theft, driving while license suspended or revoked, and prostitution can be upgraded to felonies depending on prior convictions. In other words, misdemeanors are still very serious offenses and should be handled carefully.

However, a Judge may not sentence a defendant under section 775.0837, if the misdemeanor before the Judge for sentencing has been reclassified as a felony because of any prior qualifying misdemeanor.