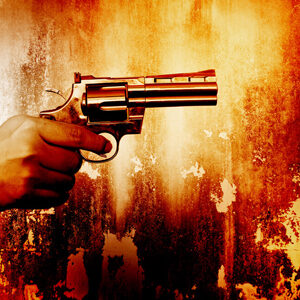 What Is Improper Exhibition Or Discharge Of A Weapon Or Firearm?

Contact us today to learn more about how we can assist you.

Under Florida law, the improper exhibition of a firearm or weapon is characterized as showing off a weapon in a threatening or careless way. A weapon can be anything from a gun to a knife and must be listed under Florida’s weapon statute. This is a first-degree misdemeanor and can result in up to a year of jail or probation, plus a fine.

Compared to other states, Florida gun law may seem lenient. But that doesn’t mean there aren’t harsh consequences for weapons and firearms charges. In an array of situations, the possession, purchase, and use of a weapon or firearm can land you in murky water. That’s why you need an experienced lawyer to guide you through the legal process. 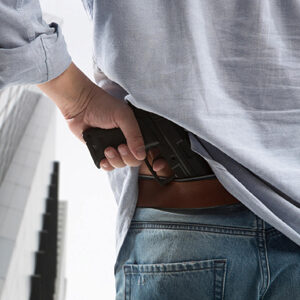 The Consequences Of Illegal Possession Of A Firearm

The Consequences Of Unlicensed Carrying Of A Concealed Weapon Or Firearm Or A Felon In Possession Of A Firearm. 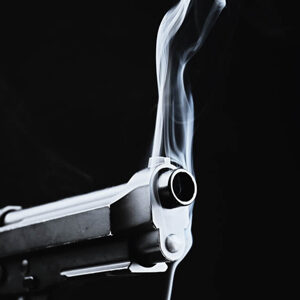 The Consequences Of Shooting Or Throwing A Deadly Missile

In Florida, shooting or throwing a deadly missile is when a potentially harmful object is projected at a building, vehicle, or vessel with malicious intent. This is a felony that can lead to prison.

The Consequences Of Possession Or Discharge Of A Destructive Device

What Is Aggravated Battery With A Deadly Weapon?

Aggravated battery is the intentional touching of another person with the intent to harm them. When a weapon is used to threaten or cause harm, it automatically is escalated to aggravated battery with a deadly weapon. This can result in minimum prison time of 10 years, increasing with the severity of the case. 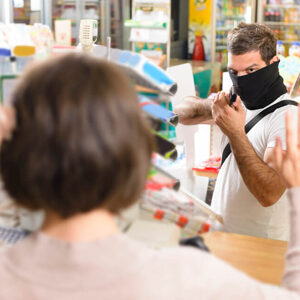 What Is Aggravated Assault With A Deadly Weapon?

Aggravated assault is the intent to threaten or commit a violent act against another person. When done with a deadly weapon and the intent to cause bodily harm or death, the defendant is looking at jail time, probation, and a hefty fine.

What Is Armed Robbery Or Burglary With A Firearm?

Robbery and burglary are already serious offenses. Add a firearm, and things escalate quickly. This is considered a felony offense with serious consequences, making expert legal representation a necessity

What Is Armed Burglary Carrying A Concealed Firearm?

Burglary with a concealed firearm can be risky business for a defendant. It escalates the situation, and in the eyes of the court, can have some detrimental consequences, including a third-degree felony punishable by up to five years in prison, probation, and a hefty fine.

The Consequences Of Armed Possession Of Illegal Drugs

Possessing a controlled substance with a firearm is a serious offense. This is characterized as a felony and can land a person in state prison with fines up to $10,000. Other factors, like the number of drugs and type of firearm, can increase the sentencing.

What Is Armed Kidnapping?

Under Florida law, kidnapping is a felony. Adding a firearm or deadly weapon to that offense only escalates the situation. Kidnapping does not necessarily mean a child, but rather holding any person against their will.

What Is Attempted Manslaughter?

Manslaughter is the act of committing, obtaining, or being negligently culpable for someone else’s death. Under Florida law, even if the act was unsuccessful, it is still chargeable. Attempted manslaughter is a third-degree felony and can result in up to five years of prison and a hefty fine.

What Is Attempted Murder?

Attempted murder is that act of attempting to commit the killing of another. Even if the attempt is unsuccessful, it can be punishable as a felony, meaning serious jail time.

What Is A Violation Of Probation (When The Underlying Offense Involved A Weapon Or Firearm)?

Violation of probation when your initial offense involved a weapon can be a serious mistake. This means you did not fulfill the terms of your probation, subjecting yourself to consequences, including more jail time, longer probation, ineligibility for record expungement, and more.

What Is Gun Trafficking?

Selling or distributing guns outside of Florida law and federal regulations is gun trafficking. It is not yet a federal crime but is a serious offense that can warrant felony offenses. And, in today’s harsh societal view surrounding guns, you need an experienced lawyer who understands what it takes to get you the best possible outcome.

What Are Federal Firearms Violations?

What Are Drug-Related Firearms Violations?

The mixing of drugs and firearms has the potential for serious damage – and charges. If a defendant is accused of drug-related firearms violations, they may be subject to punishment, including jail time, probation, and fines, depending on the severity of the case.

Are You in Need of a Weapons and Firearms Lawyer in Tampa?

Our weapons and firearms lawyer in Tampa has the knowledge and experience to get you the best possible outcome. When you come to McCulloch Law, you have access to the leading criminal defense team in Tampa. So, contact us today to learn more about how we can assist you.